OUR GREATEST EXPERIENcES ARE OUR QUIET MOMENTS 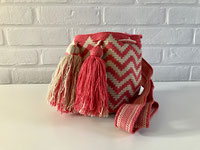 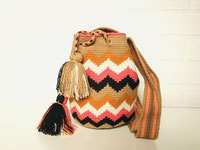 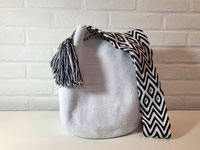 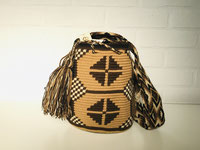 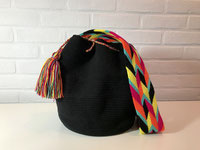 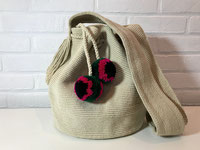 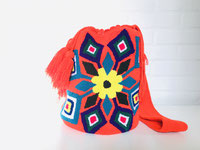 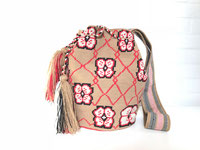 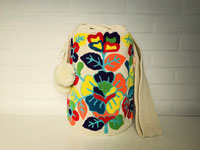 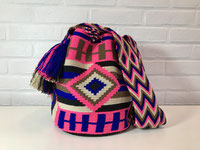 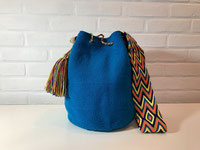 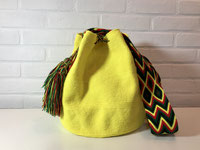 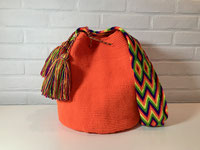 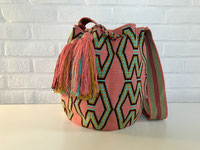 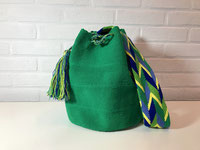 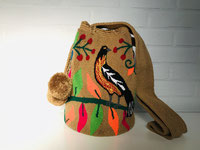 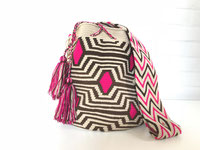 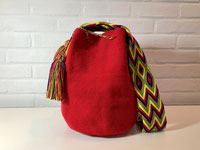 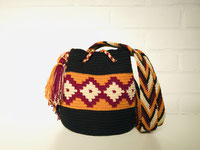 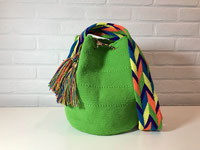 HANDCRAFTED HANDBAGS MADE BY INDIGENOUS WAYUU IN THE NORTH OF COLOMBIA, 3 reaSONS TO WEAR THEM

These bags are handcrafted by the Wayuu women in the North of Colombia. The women of the Wayuu tribe have been hand weaving these bags for generations. As a part of their tradition and culture their skills are passed from generation to generation.

Many of the designs that are woven into each bag represent the natural elements that surround the Wayuu, and what their culture revolves around, such as: animals, the sun, plants, stars.

Each bag takes 10-15 days to be made, and all designs and colours are unique.

#2 For a fair economy

Making these mochila bags with love and selling them for a fair price is a great thing for the Wayuu women. Their work in fair and good conditions is sustaining their villages' economy.

#3 They are chic - All season trendy and colourful designs

Wayuu mochila bags' colourful patterns and long straps make them perfect for all seasons. They are popular for a day on the beach, for travels around the world, for a BBQ with friends, for a city shopping trip,... It's an ultimate all-season basic.

About The Wayuu People

Located deep in the La Guajira desert, close to the Colombian and Venezuelan border, is a traditional, historical, indigenous community who are known as the people of the sun, sand and wind – the Wayuu tribe. Arriving in La Guajira from the Amazon rainforest and Antilles in 150 A.D. to escape the hostile environments and find a new home, the Wayuu people have battled – the Spanish, the Government and, currently, mother nature – to keep their traditions alive. Today, there is thought to be around 110,000 – 140,000 Wayuu people living in Colombia.

The Wayuu tribe has a number of ancient traditions and rituals they keep alive, living in small, isolated communities, of which there are around 10 in the La Guajira department of Colombia and Venezuela. They live predominately in huts called rancherías made from cactus or palm-leaf-thatched roofs, yotojoro (mud, hay or dried cane) walls with basic furniture which includes hammocks for sleeping and a small fire pit for cooking.

The Wayuu tribe is unique in the fact that the women of the household own the houses and run the families, while the fathers work with the animals and land. Each community has an informal leader who makes the decisions; usually these leaders are well connected individuals who are direct descendants of previous leaders. Often these individuals know both Spanish and the Wayuu’s language, Wayuunaiki (part of the Maipuran or Arawakan language). Their culture combines legends, myths, stories, traditions and customs.

This tribe has inhabited the harsh environments of the La Guajira desert for centuries, living with the land and passing on traditions for generations. They have survived many battles with a number of groups, and fought off many Spanish invasions throughout the 18thcentury.

In the past the communities have survived on farming, creating crafts and, in the coastal communities, pearl diving for aquaculture. Commercialization has threatened their pearl diving, and the selling and creation of fraudulent pearls is threatening their wealth. Global warming, El Niño and climate change have affected the tribe’s ability to create sustainable farming, with droughts threatening crops and animals dying of dehydration as a result. The tribe is having to buy more to cover their basic needs, which currently outweigh their means. The tribe heavily relied on the subsidized groceries by the Venezuelan government to survive and buy rice, sugar and coffee. But due to recent events this has become impossible, causing malnutrition throughout communities who don’t have the means to buy products from Colombia.

Malnutrition isn’t the only problem the communities now have. In the past, men used to work with the land through agriculture and farming, which is now not possible. These men are highly uneducated and many only know the tribe’s native language. This has caused a number of problems including their resorting to pretty crimes, road blockings, charging tourists candy taxes, children cutting school and men turning to alcohol. Some people believe that the Wayuu tribe is a deadweight of modern society due to these situations.

Today the tribe is in search of sustainability; the Uribia tribe is striving to use tourism to improve their living conditions, by allowing visitors to their community and offering an insight into their traditions, cultures and brightly colored festivals. Bringing visitors to the tribes also offers the opportunity for individuals to sell textiles and ceramics, including the Wayuu’s famous Mochila bags, hammocks, and blankets made by the women of the tribe who are expert weavers and skilled at creating crafts.

The indigenous Wayuu tribe have been fighting for their rights for centuries, and now their way of life is becoming threatened through no fault of their own, with mother nature destroying their habitat.

HOW TO FIND US